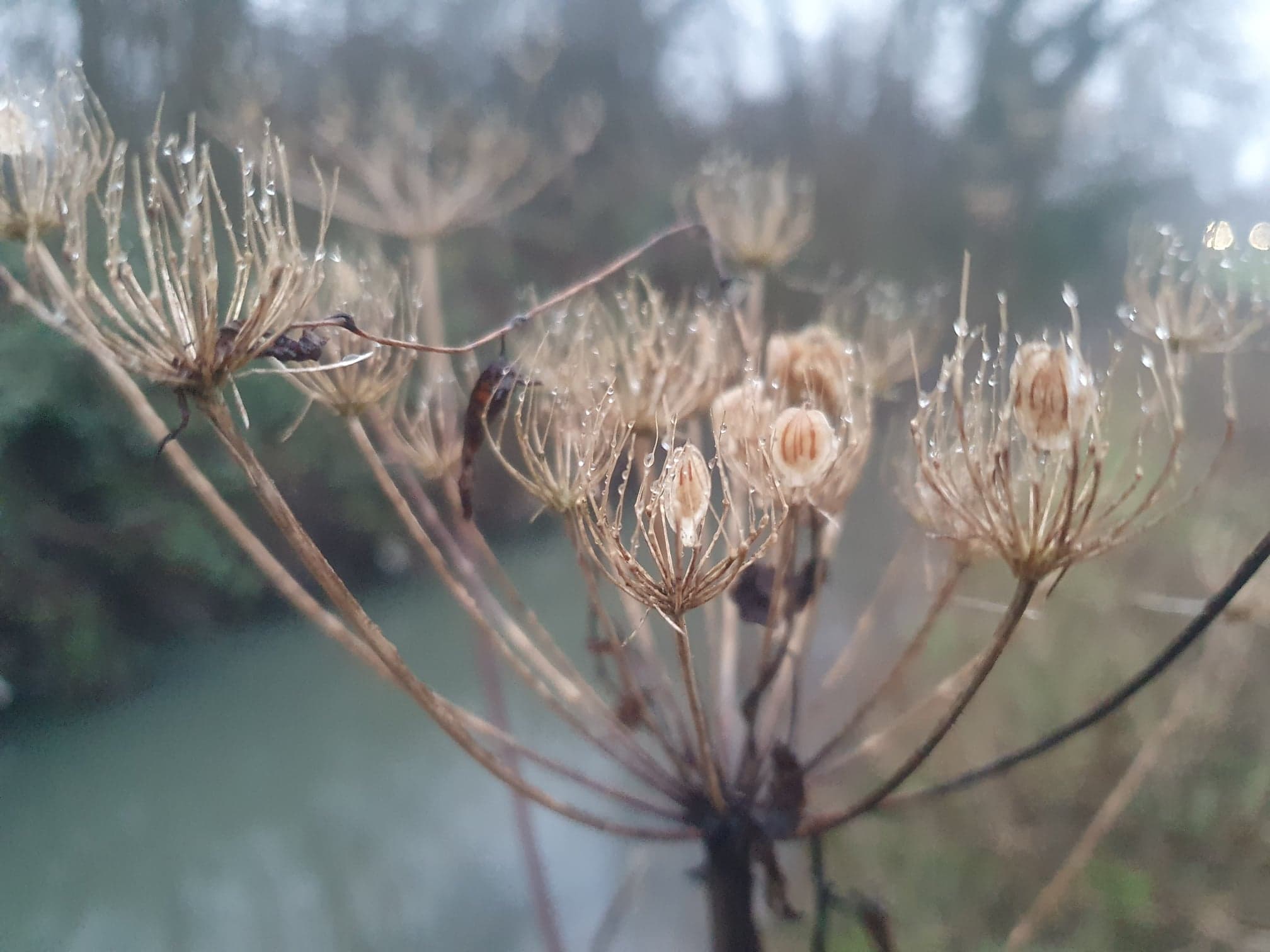 Even though it is the dead of winter there are still plenty of things to find if you go foraging out and about. Common hogweed is often found along rivers so in Birmingham UK there is a good chance you can find this plant. Right now, even though the hogweed plants have long since been dead, thier seeds are remaining. They cling on to the dead plant material and are easy to spot as they tower above everything else right now. There wont be as many seeds as there were at the end of the previous year when they just ripened, but they will be there still and with this little wild spice – a little goes a long way!

These seeds are a great addition to your wild kitchen spice cupboard. They taste like a combination of cardamon and orange peel and have a very strong kick to them. I often encourage people to taste these as they go on our walks – and caution them that they only need one seed to try out. It’s powerful stuff!

Because of this, you can harvest very little and it will last you a long time. Which is just as well because there is SO much you can do with these! Thier unqiue flavour lends them to a variety of recipes including making your own gin compounds, herbal teas (pair with fennel), spiced biscuits, spiced cakes, pickling flavouring and more. A quick google will give you a wealth of ideas to choose from.

Common hogweed should be roughly as tall as you, and the seeds are flat discs of paper with two little seeds showing on one side and four on the other, like little brown lines.